Melmac mushrooms are a product of human invention—and no, we don’t mean GMOs. Mycologists created this mushroom strain after generations of selective breeding in a lab. The result is something that looks and feels quite otherworldly; tangled, thick fungi that bruise blue when touched.

As the story goes, Melmac mushrooms are variants of the famed Penis Envy mushrooms. Some even suggest that Melmac’s are closer to the original Penis Envy, introduced to mycologists around the world in the 1970s. Although, the validity of this claim is subject to debate. These peculiar fungi are sometimes called “Melmac Penis Envy” or “Homestead Penis Envy” mushrooms. Penis Envy mushrooms are famous for their distinctive curved shape and unusual growth patterns. Yet, despite its unusual appearance, the Melmac mushroom strain comes with all of the same benefits you’d come to expect from any Psilocybe cubensis mushroom.

Melmac mushrooms produce psilocybin much like any other Psilocybe cubensis. Psilocybin is the primary psychoactive compound in magic mushrooms. When ingested, psilocybin is metabolized into the compound psilocin by the human body. The result is a psychedelic trip: a mind-altering experience that changes your perception of space, time, and sense of self. Feelings of nausea, anxiety, discomfort, and distress can accompany a psychedelic experience—factors that are made worse in uncomfortable environments.

The potency of psilocybe mushrooms depends mainly on their growing conditions. Yet, some strains and species may more consistently produce more significant amounts of psilocybin than others—but there’s not a lot of research yet. Fortunately, the efforts of Oakland Hyphae and the Psilocybin Cup are starting to shed some light on the potency of different strains; Penis Envy mushrooms consistently rank among the most potent Psilocybe cubensis varieties. Yet, there haven’t been many tests or comparisons of the Malmec mushroom strain specifically.

The most important thing to understand when thinking about dosing Melmac mushrooms is that they—as with psilocybin mushrooms in general—can be extremely potent. Everyone’s experience with mushrooms will be unique. Aside from set and setting, your personal body chemistry will impact the experience. Most psilonauts follow the adage “start low, go slow,” particularly for those with limited psychedelic experience. 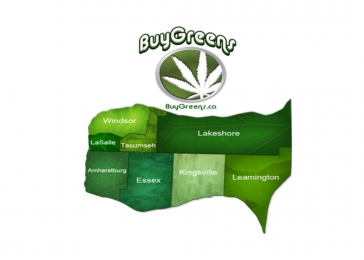